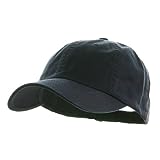 Searching for a more relaxed look for your weekends? Low Profile Dyed Cotton Twill Cap in navy. Made from 100% cotton, this hat is wonderful for a day in your garden or a stroll around town. Whether itÆs running to the market or running on the treadmill at the gym, the ?ö sweatband and 6 ventilation holes, will provide your head with maximum circulation and cool comfort the entire time. Featuring 6 panels with a button topped crown and boasting a 2-3/4ö long preformed bill, this hat was designed to support hard play with ultimate durability and reinforced stitching. For those who desire their own unique look, this cap also contains an adjustable clasp in the back to accommodate any fashion style, with a snug or more relaxed fit. No matte
Price: 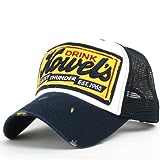 Shopping for more Caps|Browse other Caps]

Get ready for some fun in the sun with the Jubilee sandal from Yellow Box!Leather upper with rhinestone embellishments.Thong style slip on.Cushioned synthetic footbed.Synthetic outsole.Imported. …

END_OF_DOCUMENT_TOKEN_TO_BE_REPLACED

Tear drop design made from the actual football pigskin. Each genuine leather key chain features your team's logo and also includes a carabiner clip that enables it to be easily attached to any …